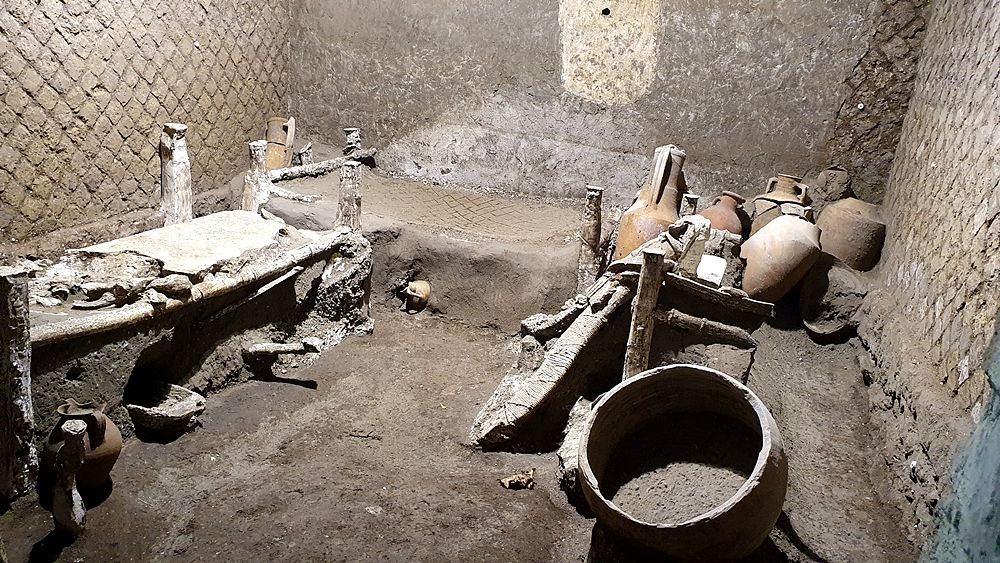 Pompeii. The room of the slaves – Image credit: Archaeological Park of Pompeii

Discoveries continue to be made at Civita Giuliana, in the suburban villa to the north of Pompeii which has been studied since 2017, and from which – in the servant’s quarters – have already emerged a ceremonial chariot and stable containing the remains of 3 equines, for one of which it was possible to make a cast. Completing the context of these rooms is the latest discovery of a room used by slaves who worked in the villa. It offers an extraordinary glimpse into a part of the ancient world that usually remains largely in the dark. The room grants us a rare insight into the daily reality of slaves, thanks to the exceptional state of preservation of the room and the possibility of creating plaster casts of beds and other objects in perishable materials which have left their imprint in the cinerite that covered the ancient structures. 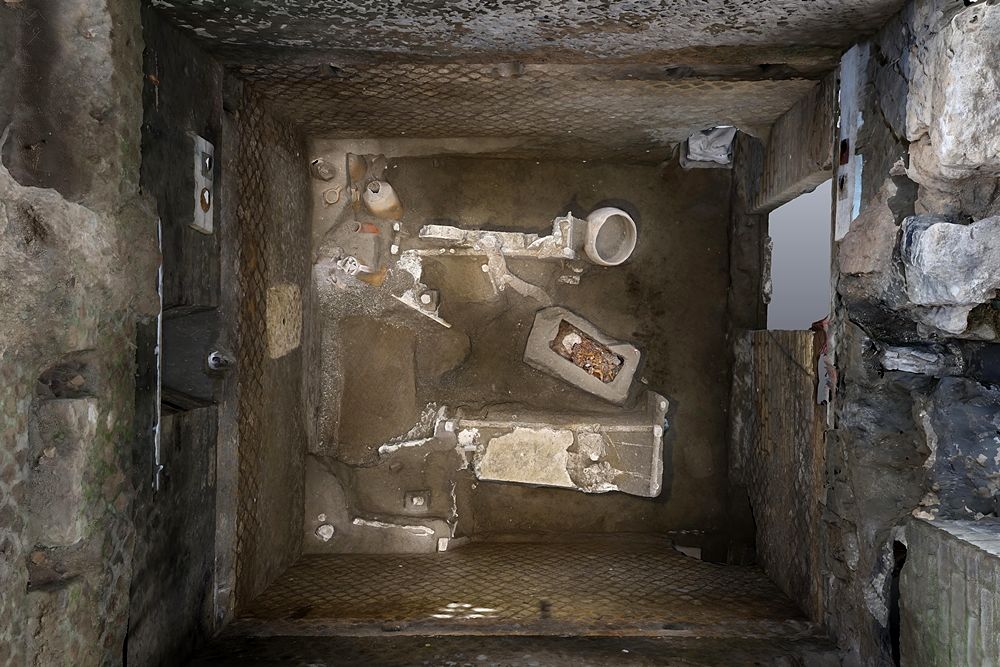 The room of the slaves seen from above – Image credit: Archaeological Park of Pompeii

The discovery itself took place not far from the portico where, in the month of January 2021, a ceremonial chariot was found that is currently undergoing consolidation and restoration work. Close to the place where the precious vehicle was parked, and not far from the nearby stable excavated in 2018, a room has emerged which served as the humble lodgings of the staff who carried out the everyday work in a Roman villa, including the maintenance and preparation of the chariot. In fact, within the room, where three wooden beds have been found, a wooden chest was discovered containing metal and fabric objects, which appear to be parts of the horse harnesses. Furthermore, a chariot shaft was found resting on one of the beds, and a cast of it has been made.

The beds are made of several roughly worked wooden planks which could be adjusted according to the height of whoever used them. While two of them are about 1.7 metres long, one bed measures just 1.4 metres, and may therefore have belonged to a young man or child. The webbed bases of the beds were made of ropes, the imprints of which are partially discernible in the cinerite, and above which fabric blankets were placed and which have also been preserved as cavities in the ground and recreated through the plaster cast method. Several personal objects were found under the beds, including amphorae positioned to store private possessions, ceramic jugs and a ‘chamber pot’. The room was lit by a small upper window, and shows no evidence of having had any wall decorations. In addition to serving as a dormitory for a group of slaves – possible a small family, as the presence of the child-sized bed would suggest – the room was also used for storage, as demonstrated by the eight amphorae crammed into the corners that were otherwise left free for just this purpose. 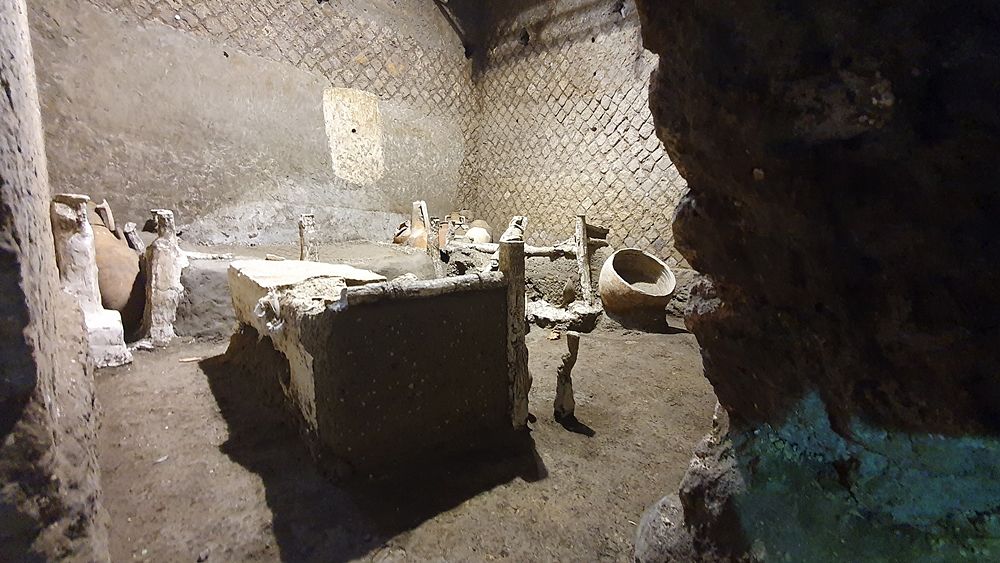 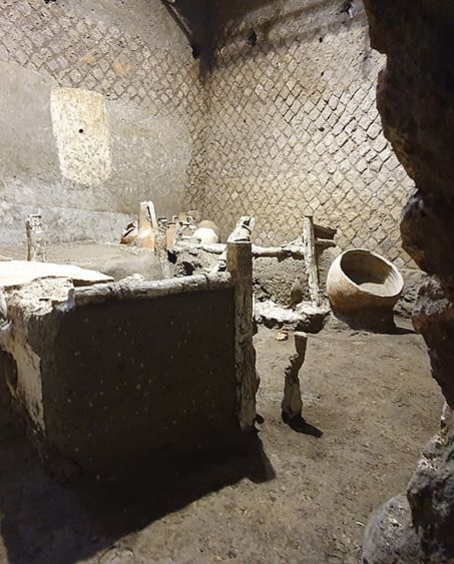 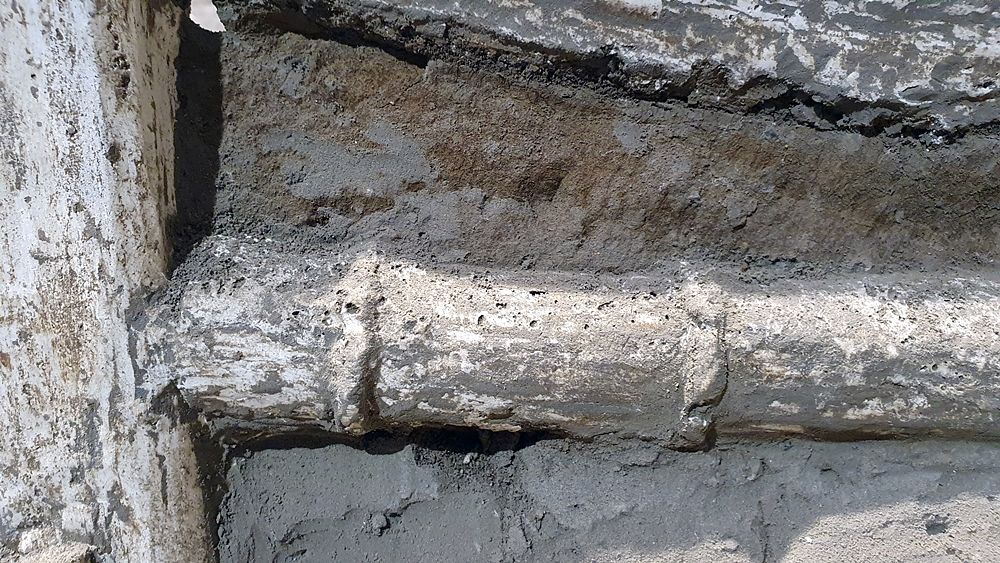 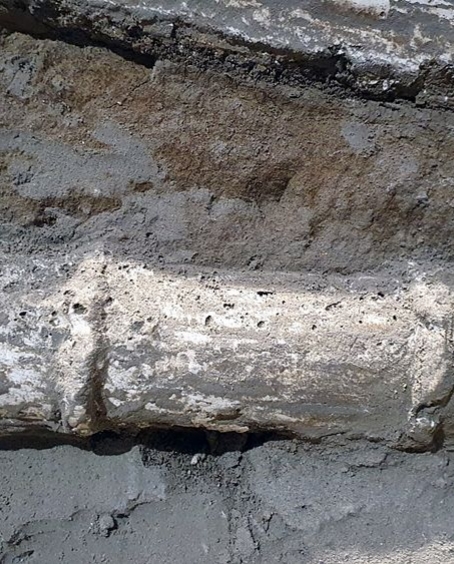 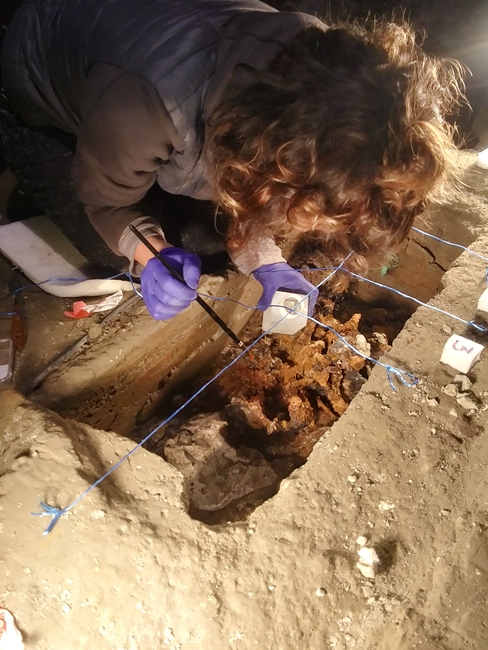 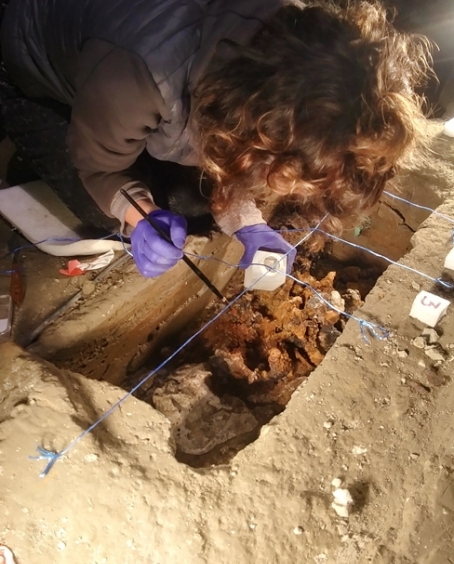 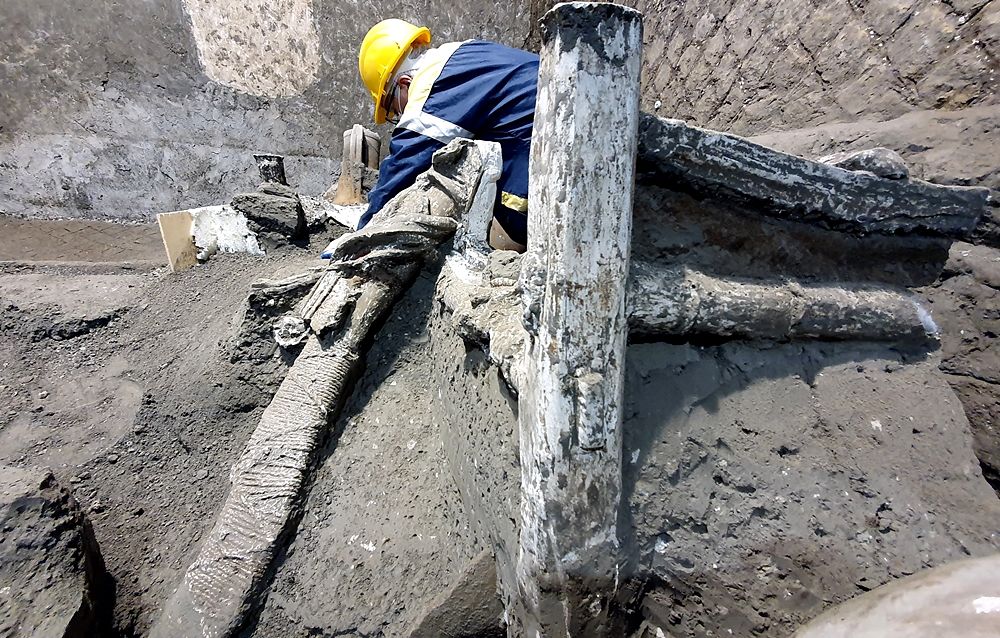 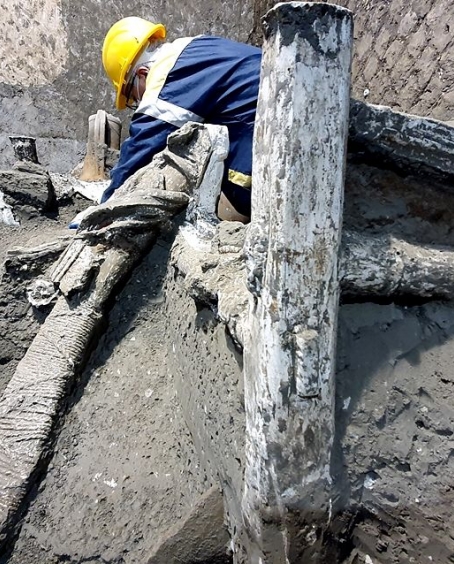 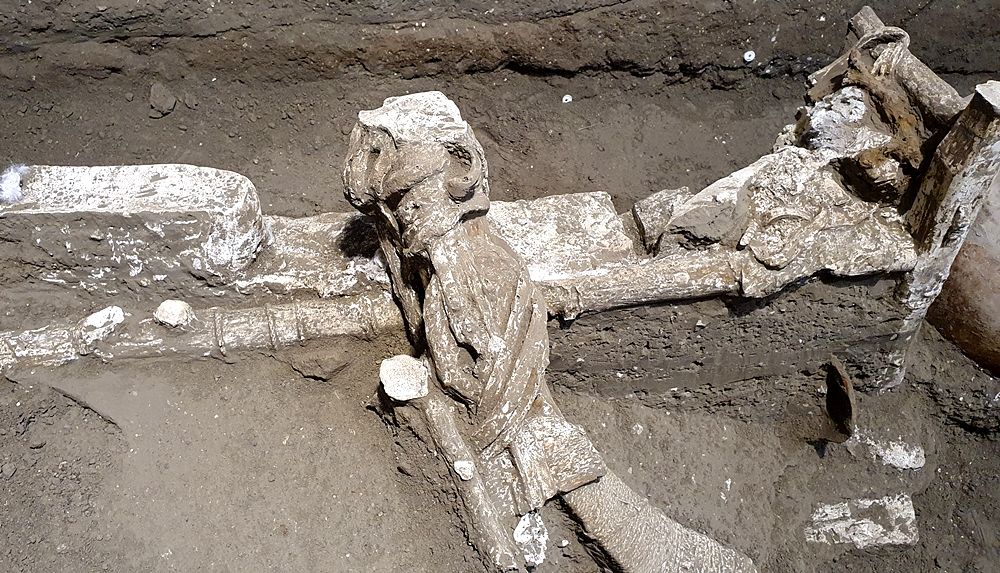 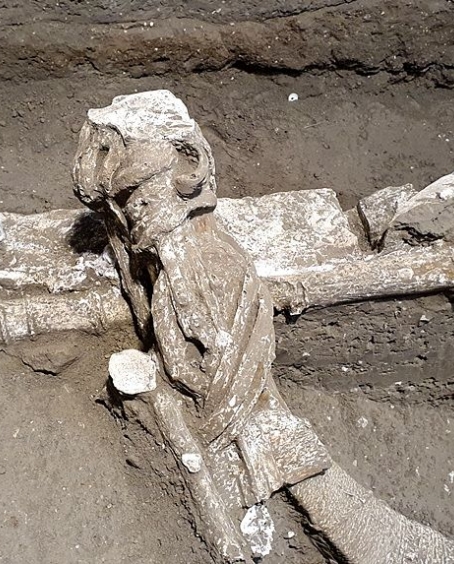 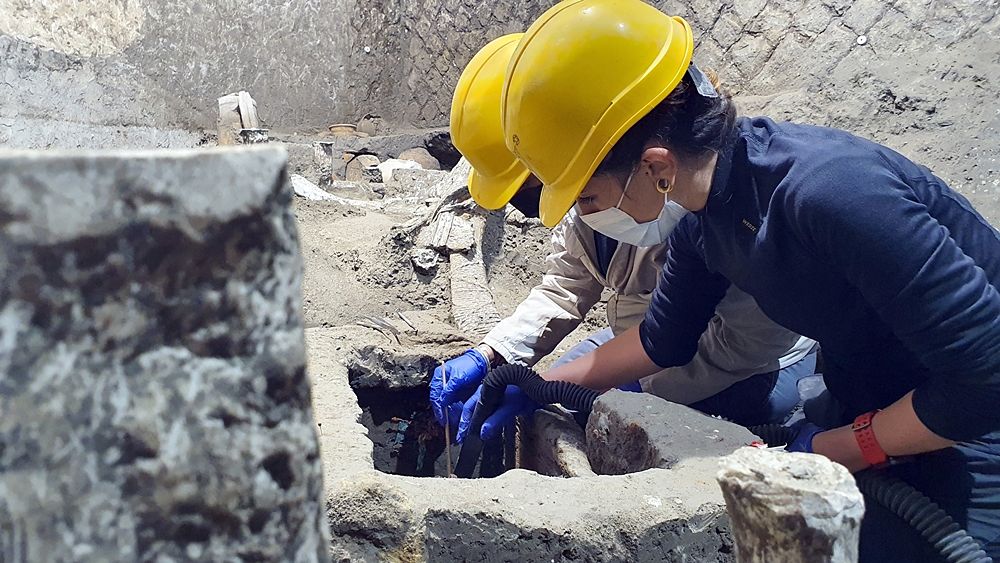 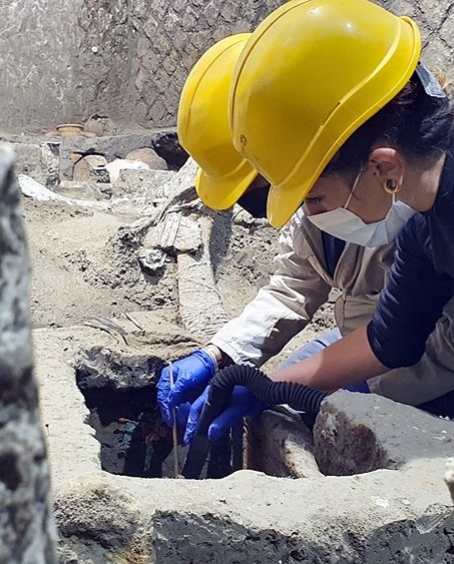 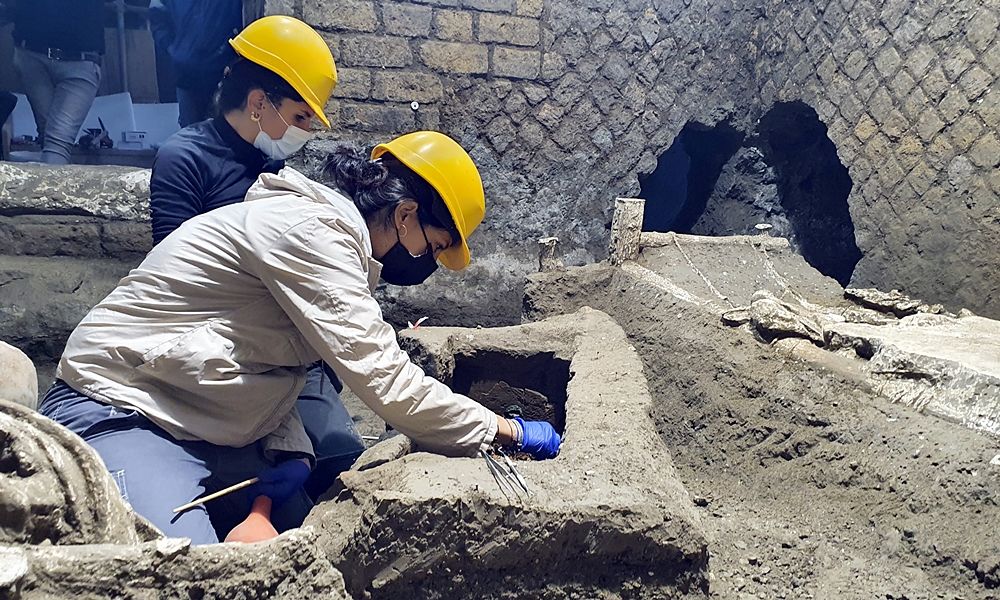 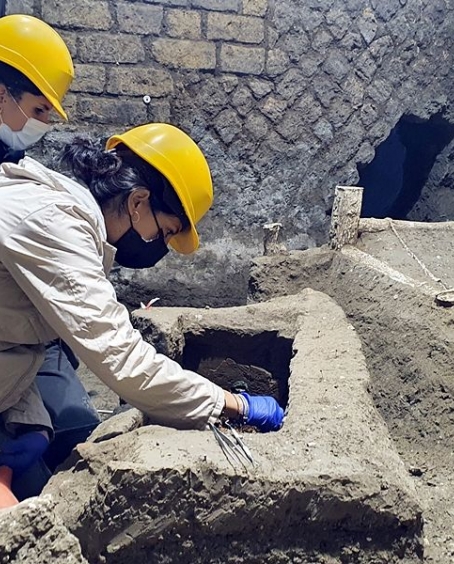 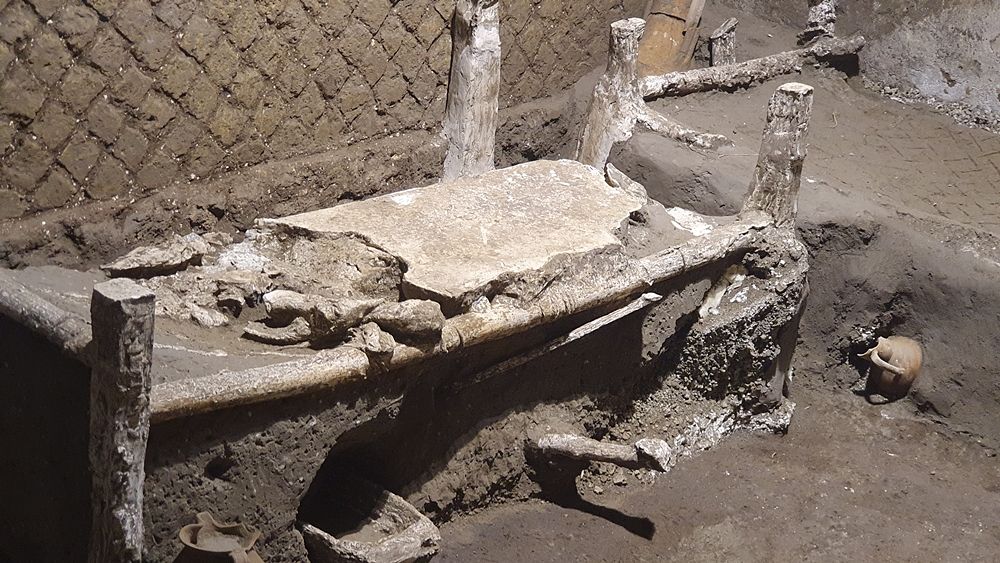 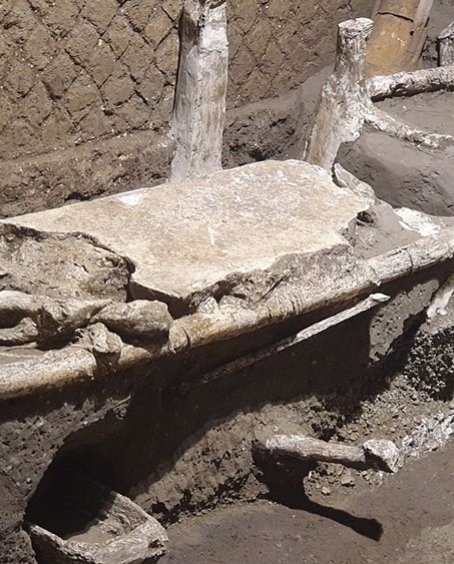 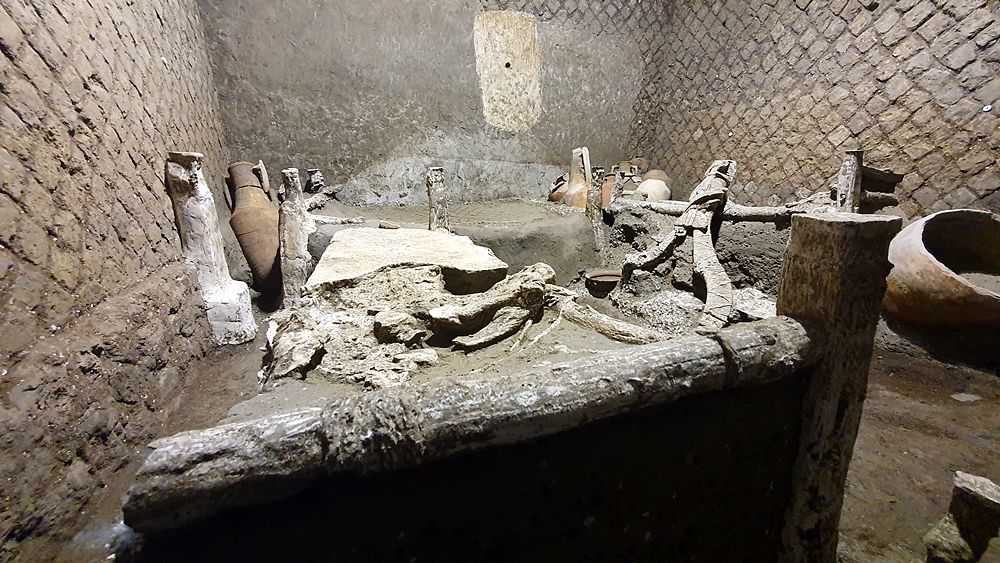 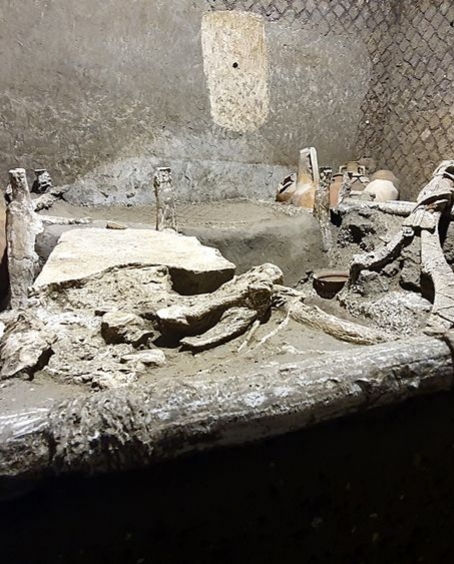 
The excavation of the room forms part of the work that the Archaeological Park of Pompeii is carrying out alongside the Public Prosecutor’s Office of Torre Annunziata, led by Chief Prosecutor Nunzio Fragliasso. Several months ago, the Memorandum of Understanding was renewed between the Public Prosecutor’s Office and the Archaeological Park for the fight against illegal excavations in the Pompeii area, which also involves the Campania Headquarters for the Protection of Cultural Heritage and the Torre Annunziata Investigative Unit of the Carabinieri. Following an investigation by the Public Prosecutor’s Office, the Villa of Civita Giuliana, having been the target of systematic looting for years, has since 2017 been the subject of stratigraphic excavations that have yielded a series of new data and discoveries to which the room of the slaves can now be added. Sadly, in this room too, a part of the archaeological heritage has been lost due to tunnels dug by grave robbers who, throughout the villa, have caused a total amount of damage estimated at almost 2 million euros. 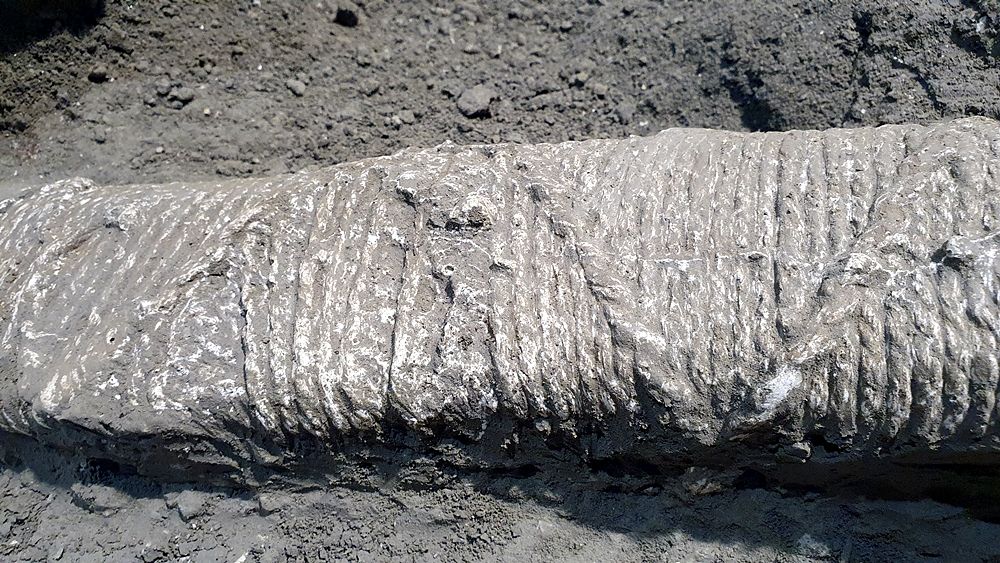 Deatil of a bed covered with ropes – Image credit: Archaeological Park of Pompeii

“This is a window into the precarious reality of people who seldom appear in historical sources that were written almost exclusively by men belonging to the elite, and who as a result risk remaining invisible in the great historical accounts,” – declared Director General Gabriel Zuchtriegel – “It is a case in which archaeology helps us to discover a part of the ancient world which we would otherwise know little about, but which is nonetheless extremely important. What is most striking is the cramped and precarious nature of this room, which was something between a dormitory and a storage room of just 16 sqm, which we can now reconstruct thanks to the exceptional state of preservation created by the eruption of AD 79. It is certainly one of the most exciting discoveries during my life as an archaeologist, even without the presence of great ‘treasures’ – the true treasure here is the human experience, in this case of the most vulnerable members of ancient society, to which this room is a unique testimony.” 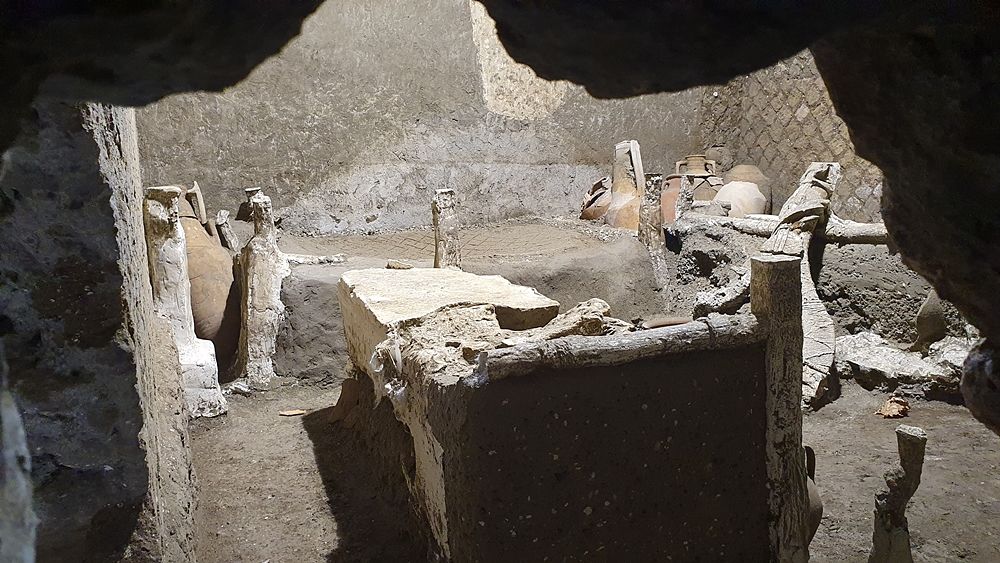 Glimpse of the room of the slaves – Image credit: Archaeological Park of Pompeii

“Once again, an excavation borne of the need to protect and safeguard archaeological heritage, in this case thanks to a fruitful collaboration with the Public Prosecutor’s Office of Torre Annunziata, allows us to add another piece to our knowledge of the ancient world” – declared Massimo Osanna, Director General of Museums, under whose direction of the Archaeological Park of Pompeii the excavations were launched in 2017 – “The study of this room, which will be enriched by the results of ongoing analyses, will allow us to uncover new and interesting information on the living conditions and lives of slaves at Pompeii and in the Roman world”. 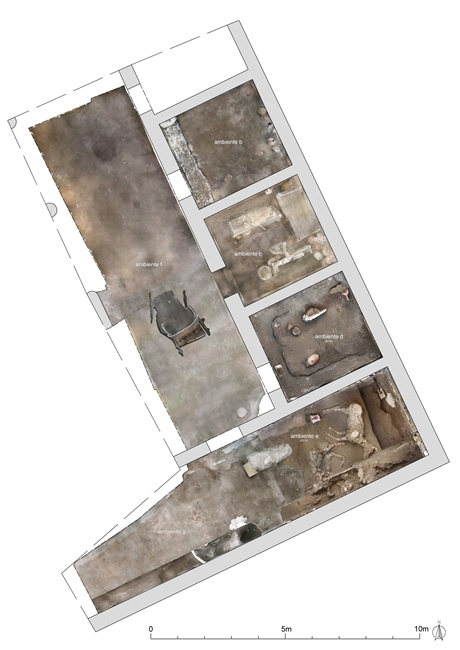 “This additional significant discovery in the excavations of Civita Giuliana” – declared Chief Prosecutor Nunzio Fragliasso – “is just the latest confirmation of the synergy between the Directorate of the Archaeological Park of Pompeii and the Public Prosecutor’s Office of Torre Annunziata, and of the effectiveness of the Memorandum of Understanding stipulated between the aforementioned institutions, which, alongside the valuable support of the Carabinieri, has led, on the one hand, to the conviction in the first instance of those responsible for the illegal excavations at Civita Giuliana and, on the other hand, to the discovery of exceptionally important archaeological heritage. In implementing the aforementioned Memorandum, investigations and research will continue both at the excavations of Civita Giuliana and at other sites of illegal archaeological excavations which fall within the jurisdiction of Pompeii.” 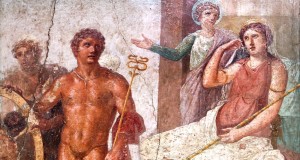 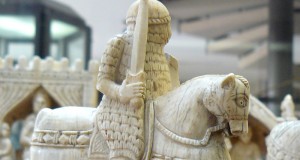 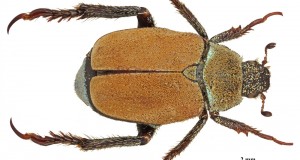