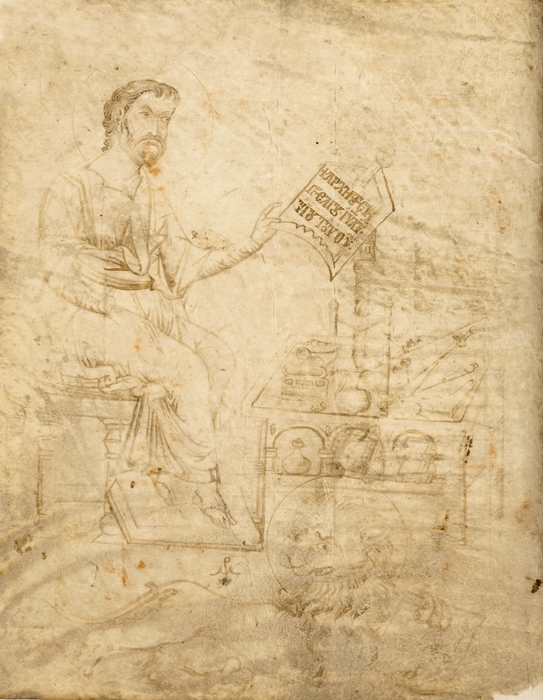 The manuscript, found by a Calabrian researcher in the Vatican Apostolic Library, is linked to the Unification of Italy

A precious Greek-Byzantine evangeliary of the XIth century, made in Calabria and considered lost, has recently appeared on the shelves of the Vatican Apostolic Library. The discovery is due to Domenico Condito, a final year student in Medicine and a historian by passion, who is originally from Stalettì (Catanzaro), a town not far from Scolacium, currently an archaeological site of the ancient coastal center as well as the hometown of Cassiodorus. A politician, a scholar and a historian, Cassiodorus was a powerful official in the government of Theodoric the Great (493-526 AD), the king of Ostrogoths. Near his hometown, he founded the Monasterium Vivariense, a convent with a center of biblical studies and a library to preserve Greek and Latin literature classics in it. This cultural pole had a role in creating a link between Romans and Goths, Greek and Latin culture, classical-pagan and Christian culture. Mr. Condito, who has been Municipal Councilor for Culture of Stalettì, states that the manuscript found in Rome was realized by Italian-Greek monks of the monastery of Cassiodorus, that they made flourish again after the decline following the death of its founder. Condito has shown the results of his research in “The Evangeliary of Conciliation: the retrieval and post-unification vicissitudes of the Greek-Byzantine code donated by Achille Fazzari to Pius X”, a long article published in 2017 on Vivarium Scyllacense, the magazine of the Istituto di Studi su Cassiodoro e il Medioevo in Calabria (Institute of Studies on Cassiodorus and the Middle Ages) in Squillace, Calabria. The study has been also presented during the scientific conference “Cassiodorus: between the late-ancient period and the Middle Ages”, organized in Catanzaro by the Istituto Teologico Calabro (Theological Institute of Calabria) in March 2017, and during the XXXI International Book Fair in Turin in the institutional pavilion of Calabria.

The text by Condito provides the first absolute description of the code together with unpublished images. In addition, it illustrates a forgotten page of the history of Italy: the post-unification period and the unresolved problem of the “conciliation” between State and Catholic Church. Condito has suggestively named the manuscript the “Evangelario della Conciliazione” (“Evangeliary of the Conciliation”) because of the “peacemaker” role it played as it favored the meeting between Achille Fazzari, a former follower of Garibaldi, and Pope Pius X. 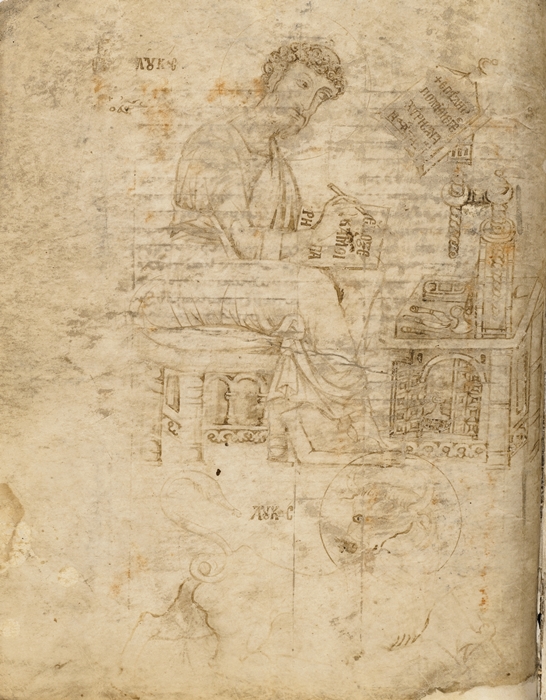 The first time the manuscript emerged from the oblivion of history was in 1908, when the Roman Question was still dividing Italy. Still unknown circumstances brought to its finding in Calabria by Achille Fazzari. He was a close friend and advisor of Garibaldi, and was known for his patriotic actions and political commitment that in 1875 led him to become a member of the Chamber of the Deputies of the XVI Legislature of the Kingdom of Italy. A volcanic temperament, Fazzari successfully proved himself as an entrepreneur, and despite being without a higher education, was a passionate collector of art objects and books. He had a relevant role in the political debate, and was a lively supporter of the reconciliation between the “two banks” of the Tiber. A great landowner, Fazzari owned the area of Copanello di Stalettì where there are the remains of the Church of San Martino, that some consider to be the core of the Monasterium Vivariense founded by Cassiodorus together with the hermitage known as Monasterium Castellense.

The manuscript, coming from the district called Scyllacense (named after the Greek-Roman city of Skylletion/Scolacium) and now divided between the Municipalities of Stalettì, Borgia and Squillace, was erroneously known as “the Evangeliary given to the Monastery in Monte Cassino by Achille Fazzari.” Indeed, Monte Cassino was only a place of passage as the evangeliary was intended for Pope Pius X. It contains a tetrevangelium, is decorated with friezes and figures, and of particular value are the full page portraits of the evangelists Mark and Luke with their symbols, the lion and the bull. Each evangelist appears sitting at the scriptorium, in front of a lectern, and with the miniaturist’s work tools around. 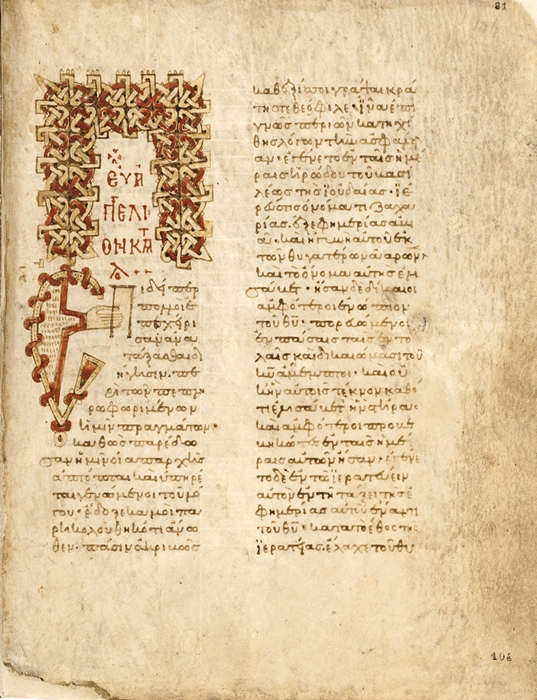 It remained for a short time in Monte Cassino, where Abbot Ambrogio Maria Amelli, who had saw it in Calabria before, studied and called it “Byzantine Cassiodorian heirloom.” The manuscript would soon see its own destiny intertwined with the debate around the reconciliation between the King and the Pope, a theme dear to both Fazzari and Amelli, the latter a personal friend and collaborator of the pontiff. It is certain that Pope Pius X showed great interest in the Evangeliary, and this prompted the two to ask him a private audience. The meeting took place on the 7th of July 1908: Achille Fazzari, accompanied by Amelli and his son Spartaco, entered the Apostolic Palaces and met Pius X, giving him the Evangeliary as a gift. Furthermore, he took the opportunity to discuss with the Pope about the Conciliation. This subject was very important for Fazzari although in the past he had strenuously fought against the temporal power of the pope. He changed his mind, as he himself wrote to Monsignor Bernardo De Riso, Archbishop of Catanzaro, “in the supreme interest of Italy and to consolidate its unity.”

In the ’70s of the ’900 the manuscript was inspected by Monsignor Paul Canart, famous Byzantinist and the greatest connoisseur of the Greek manuscripts of the Vatican. After examining the text, the scholar stated that the Evangeliary was written in a style similar to that of Reggio Calabria, a writing whose history is entirely linked to the Calabrian-Greek culture, even in its Sicilian branches. Used in monasteries for the composition of liturgical and sacred-themed texts, this writing is an evolution of the minuscule rossanensis, with a modular contrast between large letters and narrow letters. However, the Evangeliary presents a rather rare characteristic for manuscripts of this style as it uses “vermilion” instead of “carmine” red for friezes and ornaments, while the text was written with the typical dark mine of Reggio. According to Condito, this feature could make hypothesize that it was composed in a center far from the traditional “Reggio style” area, such as the southern end of Calabria and the north of Sicily.

Considered untraceable, the code has been long sought at the library of Monte Cassino as well as at the Bibliothèque Nationale in Paris, France. Actually, it was cataloged in the Vatican Apostolic Library as Vat. Code Gr. 2330. Thanks to Condito, it came back to light and today is awaiting to be studied by historians and philologists. Meanwhile, the discovery has allowed Calabria to win a piece of its historical and cultural memory back. 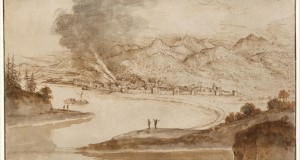 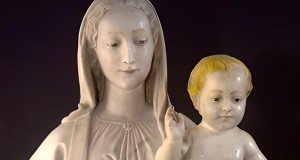 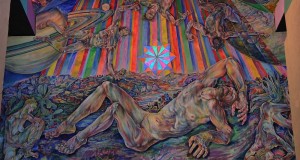