Hot Pompeii and Herculaneum.The secret chamber of the Archaeological Museum of Naples 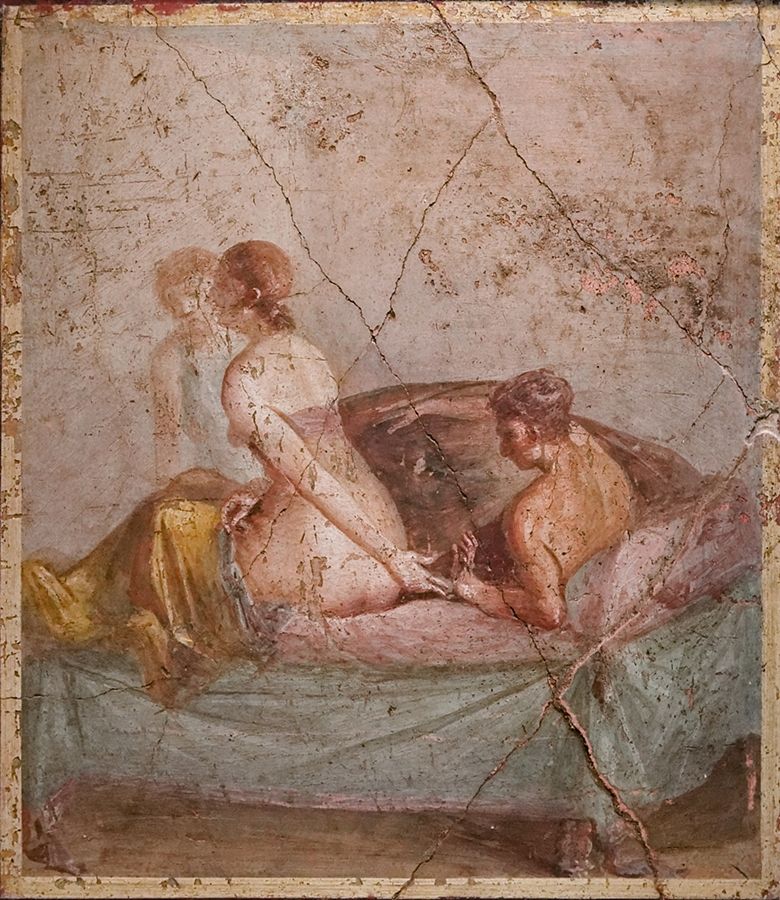 
“I pulled her slip away – not harming its thinness much; yet she still struggled to be covered by that slip. While she would struggle so, it was as if she could not win, yielding, she was effortlessly conquered. When she stood before my eyes, the clothing set aside, there was never a flaw in all her body. What shoulders, what arms, I saw and touched! Breasts formed as if they were made for pressing! How flat the belly beneath the slender waist! What flanks, what form! What young thighs! Why recall each aspect? I saw nothing lacking praise and I hugged her naked body against mine. Who doesn’t know the story? Weary we both rested. May such afternoons often come for me!”

A few years ago, we were opposite the House of the Vettii, one of the most famous villas in Pompeii, and could not help smiling at the embarrassment of two couples just leaving what, as we later discovered, was a cubicle housing a male statue with disproportionately big genitals. The attendant knowing, those people deliberately entered the dark realm of Priapus, and got out with their foreheads beaded with sweat and their cheeks flushed. Then we realized that, in matters of sexual mores at least here in Italy, human beings have made several steps back in two thousand years, won by a widespread prudery that still prevents many of them from serenely enjoying the naturalness of sex. And at the same time, we reflected on how places like Pompeii and Herculaneum – the two cities of Campania that the eruption of Vesuvius in 79 AD froze – welcomed sex as an everyday life matter as it appears in many phallus-shaped bas-reliefs on the walls of numerous houses, reading HIC HABITAT FELICITAS (“Happiness lives here”). This kind of approach to sexuality has many implications – including the very important symbolic and ritual practices aimed to propitiate fertility, or the apotropaic practices aimed to attract good fortune, or plays that simply consider sex as an expression of the human love for life; Latins, and Greeks before them, focused many literature works on this idea of sex, and the quote from Ovid we opened our article with is a shining and clear example of it.

We shall start from the relationship ancient people had with sexuality, either actually experiencing it or, even more, just representing it. We want to take you to a place in Naples that a few people know; and the controversy it has been subject of for a century will make many of you smile as it once again proves the ideological, and even politic, conflict which has marked the approach to sexuality and eroticism – at least in certain parts of Europe – over the last centuries. We are talking about the Secret Cabinet of the Naples National Archaeological Museum, that contains one of the richest collections in the world of exclusively erotic-themed objects and painted images, coming right from the ancient cities of the Vesuvian belt. The Cabinet is on the mezzanine floor of the Museum, and occupies the halls n. 62 and 65.

The name (sometimes turned into the more mysterious acronym SC) is due to the Bourbons, at the time kings of the Kingdom of Naples, under whose reign the extraordinary archaeological discoveries of Pompeii and Herculaneum occurred. They decided that “only people of mature age and well-known morals could enter” those reserved rooms, that become a casket of a richer and richer collection. In fact, over the course of time, this reluctance about having them visited turned into a firm ostracism, as the change of their name into “Cabinet of obscene objects” or “pornographic objects” shows. At the end of the reign of the Bourbons, those objects were given even a political connotation thus becoming symbols of civil liberties and freedom of expression. As a consequence of that, they got censurable as they were politically dangerous in the eyes of the reactionary power. In order to preserve the good reputation of the Royal House of Naples, someone even proposed to destroy those innocuous finds since they were “infamous monuments of the gentilician licentiousness”, and “extremely lascivious.” Fortunately, the director at the time of the Royal Bourbon Museum obtained that visitors could not visit the collection, or at least it would be very difficult to get to visit it. The entrance door got shut with three locks, each of them provided of its own key, and three different set of keys were kept respectively by the director of the museum, the attendant, and the senior royal butler. Nonetheless, extreme censorship won in 1851 when, after all the statues of Venus were locked up in there, ‘guilty’ for being nude, the Cabinet was finally sealed, and eventually walled for “… its fatal memory to get dispersed as much as possible.”

A true revolutionary able to consider the social and not only political implications of his feats, Giuseppe Garibaldi would have the Cabinet seals removed, thus putting an end to that grotesque and obscurantist ban. Once arrived in Naples, he ordered that the room was newly accessible “to the public daily.” And since the famous three sets of keys were not at disposal of the Royal House, Garibaldi did not hesitate, and, to general bewilderment, commanded “to force the doors open” (there is a document at the entrance of the room attesting the historical truth of the event.) The unification of Italy and the Savoy coming to power provoked a new wave of dull moralism that would hit the collection, a prudery which reached its peak during the Fascist period, when in order to visit the Cabinet, a permission from the Minister of National Education in Rome was mandatory. In 1934 the High Commissioner for the City and Province of Naples ordered that: “for reasons of morality, this room, of a higher order, can be visited only by artists, provided with regular documents attesting their profession, and, from time to time, by personalities on official visit who request it.” Censorship did not end with the collapse of the Regime, and started getting relaxed only after 1971 when the ministry issued new rules to regulate access requests to the section. Believe it or not, but it would had taken another 30 years for the Secret Cabinet to be finally opened to the public, which happened in April 2000 after a complete re-equipping according to modern museum criteria.

Entering the Secret Cabinet is very simple today: as the venue is small and narrow, and visitors are predictably numerous, in order to regulate their number, it is necessary to make a free reservation directly at the information desk on the same day of the visit. The only limitation left is about children under 14 who must be accompanied by an adult.

The new mounting of the finds has been based on their origin and their original contexts. Gone past the entrance gate, you can visit an antechamber, a small vestibule, and four inner rooms that reproduce the different areas in Pompeii: the house; the garden; the brothel (whorehouse); the road. In all these areas sexuality is represented according to the ancient mentality, and goes from love and pleasure to religion, from culture to caricature, from commerce to magic and funeral. All these declinations of sexuality take form in marble sculptures, bronzes, paintings, pottery.

For a wide selection of the finds in the S.C. click the link below:

The love-and-pleasure declination of sexuality can be found in love-and-pleasure-inspired objects, like the paintings found in bedrooms, or marble bas-reliefs. The religious declination is mainly addressed to the cults of Dionysus and Priapus, where the sexual element – being these cults connected to vegetative cycles and human fertility – plays a dominant role. The cultural declination of sexuality can be found mainly in erotic-themed decorations and furnishing (frescoes, statues, reliefs) made to embellish house interiors and gardens, and whose characters are gods and heroes and other mythological figures. The caricature declination is mainly represented in objects (vases, frescoes, bronze statues) from rooms used to banquet, where they had to solicit the hilarity of the guests.

The commercial declination of sexuality appears especially on the frescoes in the “brothels” (from the Latin word lupa = prostitute), or Roman whorehouses (in Pompeii there were 25 of them), where pornographic frescoes of modest artistic quality – as it was a form of popular painting –, depicting several sex positions often with a purely descriptive or ironic commentary, were found. The magical declination of sexuality can be seen especially in the use of the phallus (male member erect) in its apotropaic meaning as an instrument to ward evil influences off, and as an amulet: it is often found in tintinnabula, bronze bells hanging from chains at the entrance of houses or shops, that were used to preserve and defend venues from jinx, envy, and bad luck. The funerary declination is found especially in some phallus-shaped gravestones, where the sexual element seems to allude to the hope of rebirth (as the after-death land is the female fertile element, and it would not be possible to be reborn without the male element), or figures directly arranged on sarcophaguses. Finally, there is a number of spurious objects, coming – that’s incredible – from the great art collection of Cardinal Stefano Borgia, exposed in a display cabinet, and composed of bronzes, oil lamps and statuettes carved in soft stone, all strictly sex-themed.

The visit to the Secret Cabinet of the Naples Museum provides a realistic image of two cities, Pompeii and Herculaneum, covered with erotic images both indoor and outdoor. As we have shown the various meanings ancients gave to sex, it is necessary to look at those images putting aside that kind of malice that they did not have. It does not mean that their society was not provided of moral values: in everyday life the relationship between the two sexes was a very serious matter. Women, in particular, were considered the core of the family, and even if not allowed to vote, they participated in social life actively. Although divorcing was quite simple, marriage and family were given a great social importance. Suffice it to say that the emperor Augustus did not hesitate to exile his only daughter Giulia, who had been accused of immorality, on the island of Ventotene, so applying his own law on adultery made to restore public morals. 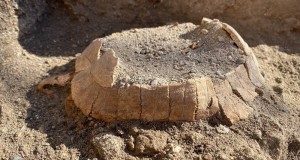 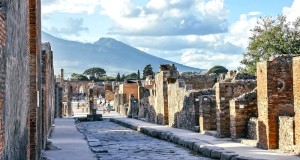